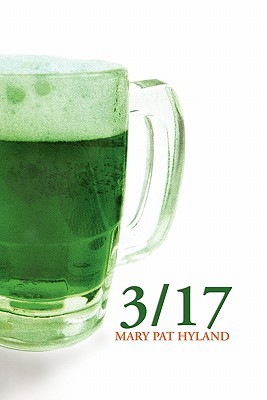 Books Related with 3/17 by Admin

Admin - MaryPat is an award-winning former newspaper journalist and Top 100 Bestseller who writes novels with Irish-American characters set in upstate New York State. She has just released her first mystery, The Curse of the Strawberry Moon. It is the first book in a five-part Caviston Sisters Mystery series. Hyland is also the author of six previous novels including The Maeve Kenny series: The Cyber Miracles (Book 1), A Sudden Gift of Fate (Book 2) & A Wisdom of Owls (Book 3); 3/17 (an Irish trad music parody of Dante's Inferno); and The Terminal Diner (a suspense novel). Her best selling novel is The House With the Wraparound Porch, a family saga spanning four generations from 1920-2006.In 2014, Hyland published her first collection of short stories, In the Shadows of the Onion Domes. Hyland blogs about Indie Writers and ebooks at The Hylander Diner.Join her mailing list HERE for updates on new releases, special events and sales....