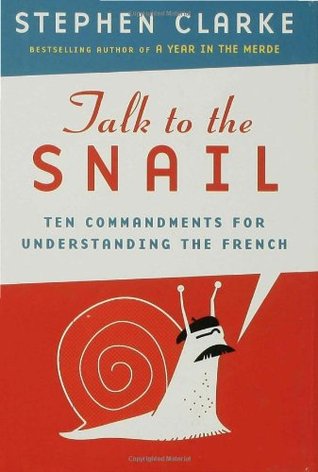 Talk to the Snail Reviews

Books Related with Talk to the Snail by Admin

Admin - Stephen Clarke is the bestselling author of seven books of fiction and nonfiction that satirize the peculiarities of French culture. In 2004, he self-published A Year in the Merde, a comic novel skewering contemporary French society. The novel was an instant success and has led to numerous follow-ups, including Dial M for Merde (2008), 1,000 Years of Annoying the French (2010), and Paris Revealed (2011). After working as a journalist for a French press group for ten years, Paris-based Clarke now has a regular spot on French cable TV, poking fun at French culture....